​
Our SJCS Senior Choir circa 2016
​​​"Music has a power of forming the character and should therefore be introduced into the education of the young."
ARISTOTLE
​
​​
SJCS CHOIR PROGRAM 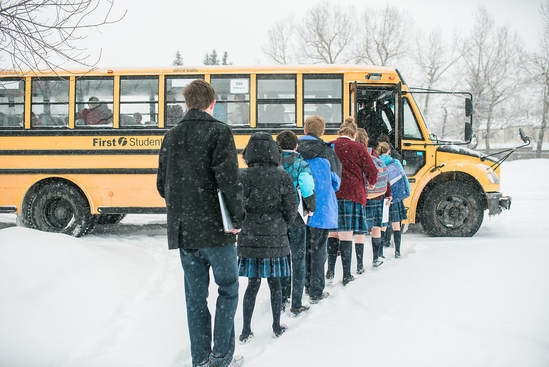 The Primacy of the SJCS Choral Program
The education that the children receive at SJCS is ordered towards that which is Good, True and Beautiful, which finds its highest expression in the liturgy. Knowing this, we take special efforts to make the liturgy as beautiful as possible, through the celebrant, the music, the serving team, the program, the lector etc. so that abundant graces
flow from the Trinity, throughout the schola, and through the lives of anyone affiliated with SJCS. It is the most important thing we do.
​SJCS Senior Choir at Alberta Choralfest 2019
​View our YouTube channel​​
SJCS CHOIR DIRECTORS
Katheryne Perri Edwards - Little Lamb Choir
Marni Strome - director of Junior Choirs
Malcolm Edwards -  director of Senior Choirs
He has held leadership positions within the Alberta Choral Federation, the Association of Canadian Choral Communities, served on the Board of the Alberta Foundation for the Arts and is active as a choral adjudicator and workshop leader in schools and churches. He is the recipient of two awards from the Provincial Federation – one in recognition of advocacy in arts education and the second in recognition of exemplary service to choral music within the Province of Alberta. In 2004 he received recognition from the national body (ACCC) for twenty-five years of service to the Canadian choral community. His choral compositions are published by Hinshaw Music, Alliance, Warner Brothers (Gordon V. Thompson) and Cypress Publications.
SJCS Choirs
SJCS has four choirs, the Little Lamb Choir consisting of students in grades 1 & 2, a grade 3/4 Junior Choir, and a grade 5/6 Junior Choir. The Senior Choir consisting of students in grades 7-12.  SJCS also supports the St John Singers, a performance choir chosen from among the ranks of the Senior Choir and prepared for special events.
​
LITTLE LAMB CHOIR
Grades 1 & 2 students make up our Little Lamb Choir. Students will learn age-appropriate skills by the Ward Method of instruction. Little Lambs will participate in some of the scheduled SJCS performances.
​
​
SENIOR CHOIR
Grades 7-12 students make up the senior choir. The focus of the senior choir program is on sacred music, especially that which is suited to the sacred liturgy of the Mass. The SJCS senior choir is trained to sing Mass settings, chant, polyphonic hymns and motets for  the First Friday Masses throughout the cities of Calgary and Canmore. The seniors also sing a variety of secular music, such as musicals and folk songs, and perform for audiences including SJCS families, senior groups, and hospice patients. 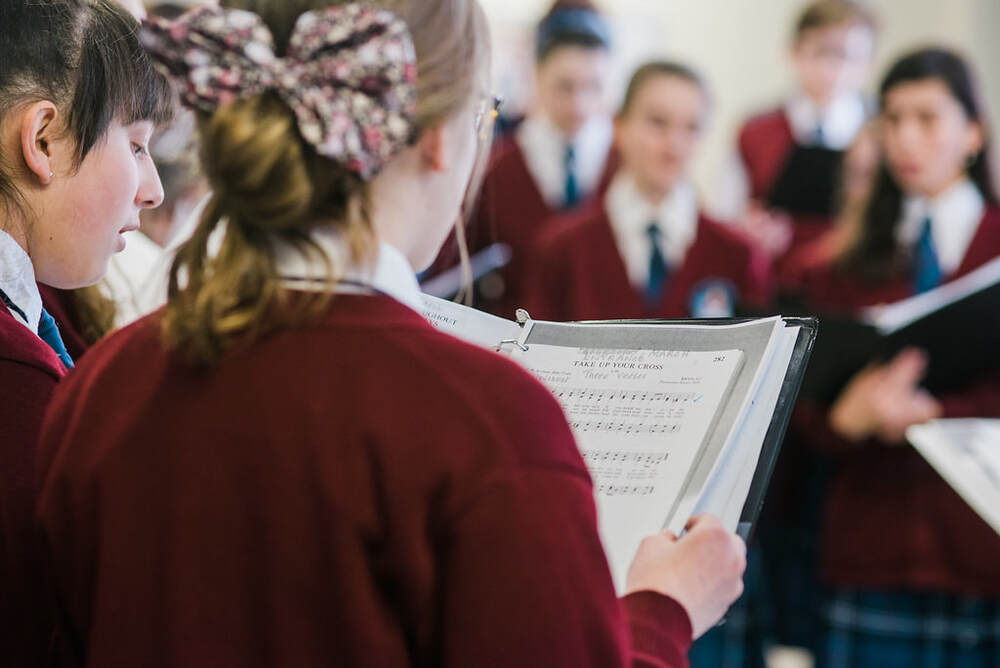 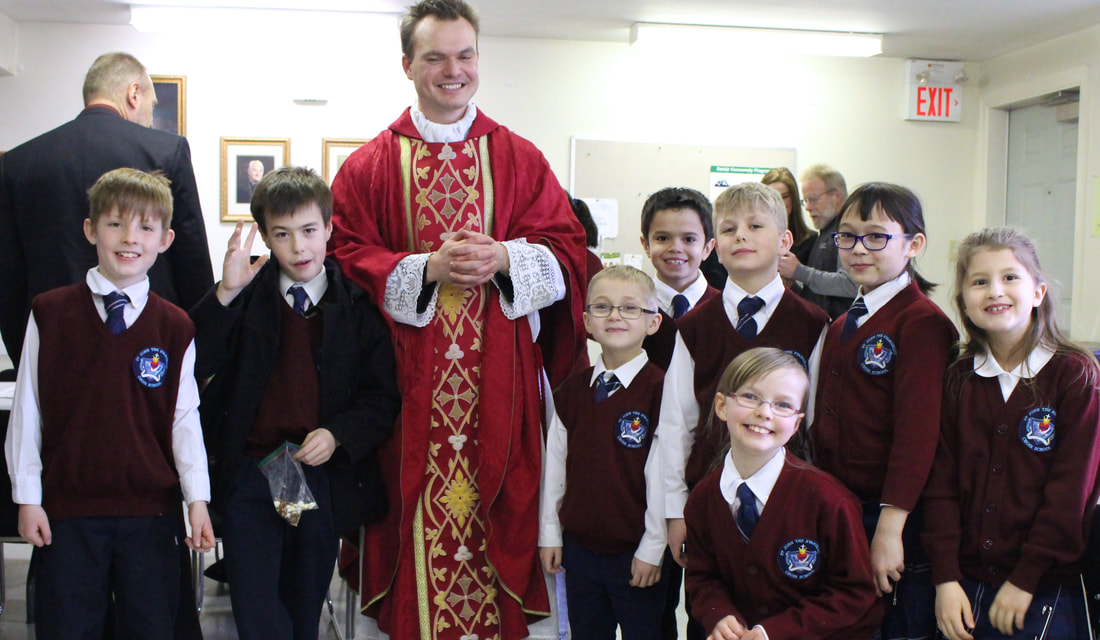 St John Choir Schola produces a high quality musical every other year.  Past performances have been very successful and there are many opportunities for students to become involved in the production from auditioned acting roles and the chorus, to helping with the technical side of the show. Previous plays have included Fiddler on the Roof, Beauty and the Beast, and this year's The Sound of Music.

Visit our Youtube channel to see a sample of our most recent recordings and events.
OTHER CHORAL EVENTS 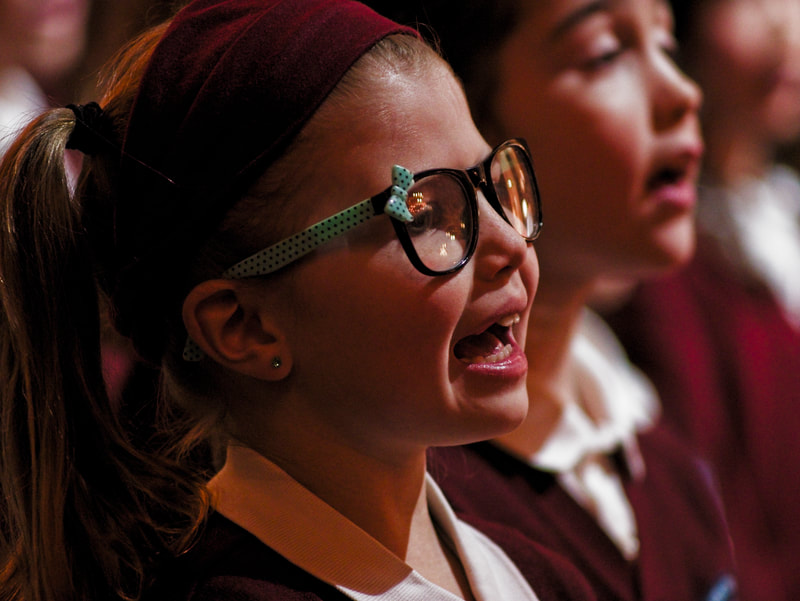 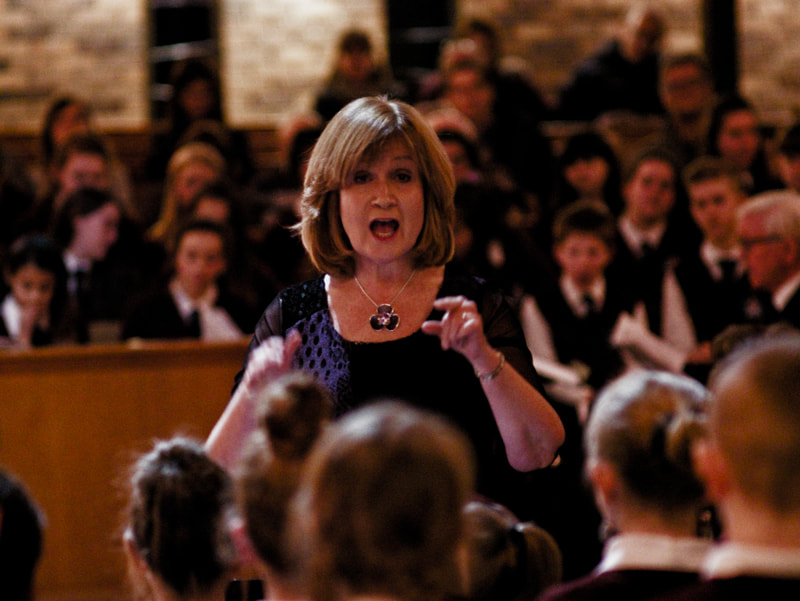 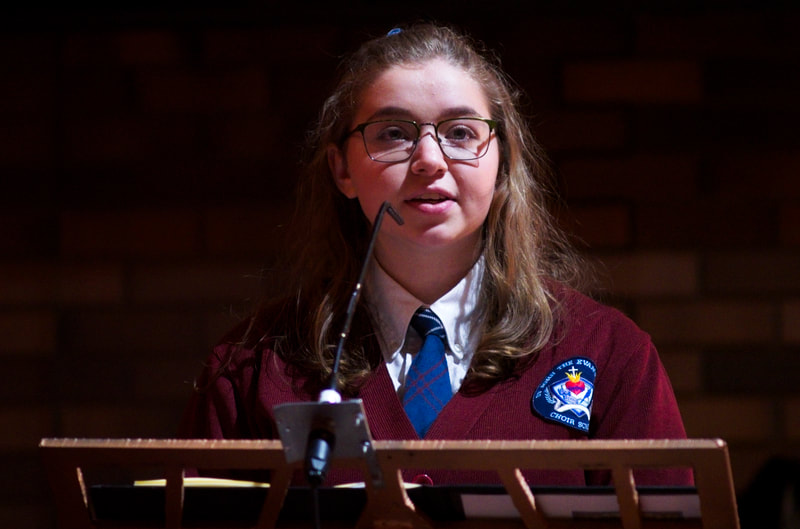 We are located in Calgary NW  by the Dalhousie Train Station!
FOR MORE INFO
​Contact SJCS Executive Director Connie Meckelborg: execdirector@sjcschola.ca
or the administrative office: admin@sjcschola.ca
DONATIONS
Please consider partnering with us in our mission to renew Catholic Culture.      Ad Deum per Candorem!
© All Rights Reserved  St John Choir Schola.